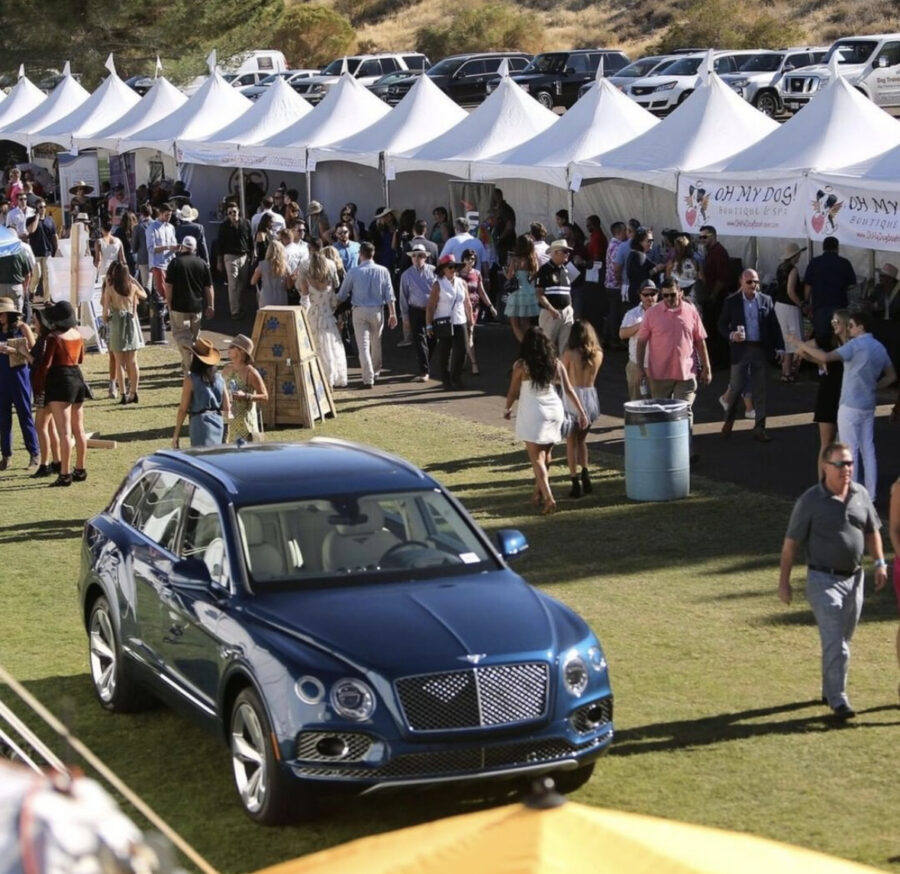 The 11th Annual Bentley Scottsdale Polo Championships: Presented by Talking Stick Resort returns to WestWorld of Scottsdale on Saturday, November 5th and you do not want to miss it! 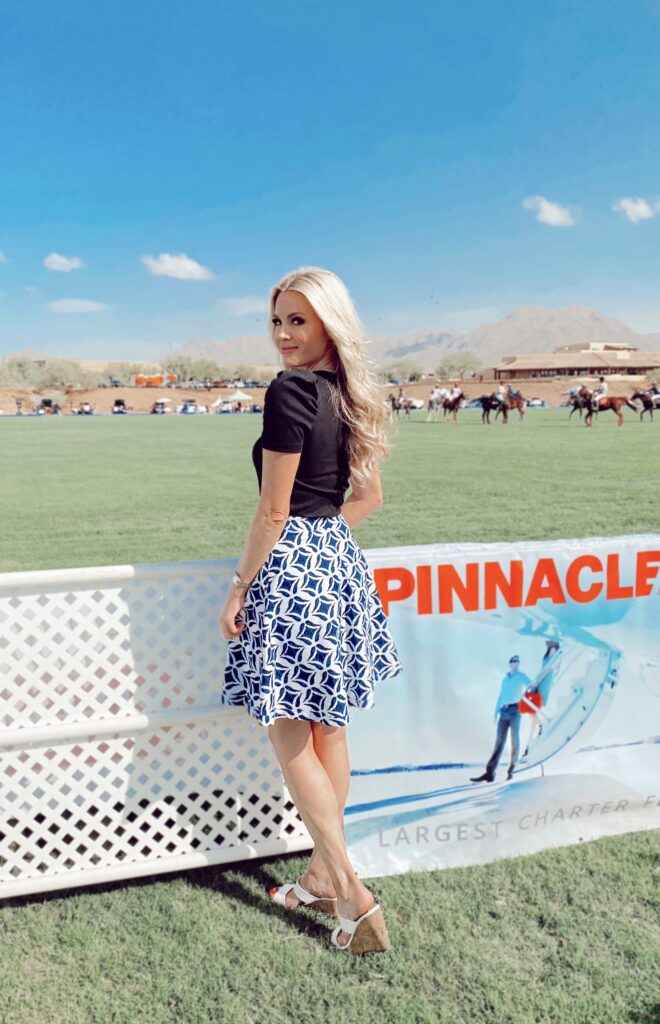 America’s Greatest Polo Party – The Bentley Scottsdale Polo Championships: Presented by Talking Stick Resort, returns on Saturday, November 5th to WestWorld of Scottsdale for another action-packed day of polo matches, events within the event and new experiences that will keep you wanting more! Over 13,000 fans turned out in 2021 for the one-day event. 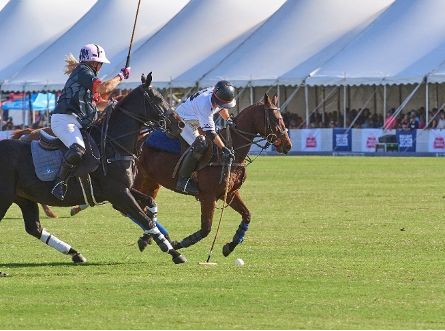 Brand new for 2022 — Prosecco and Popcorn by Harkins Theaters, Grimaldi’s Pizza Disco, an expanded Scottsdale Charro Lounge, a special appearance by “Elvis”, Former Arizona Coyotes Captain and legend #19 Shane Doan will take the field, an onsite boat and plane display, the return of The Riot House DayClub and much more! 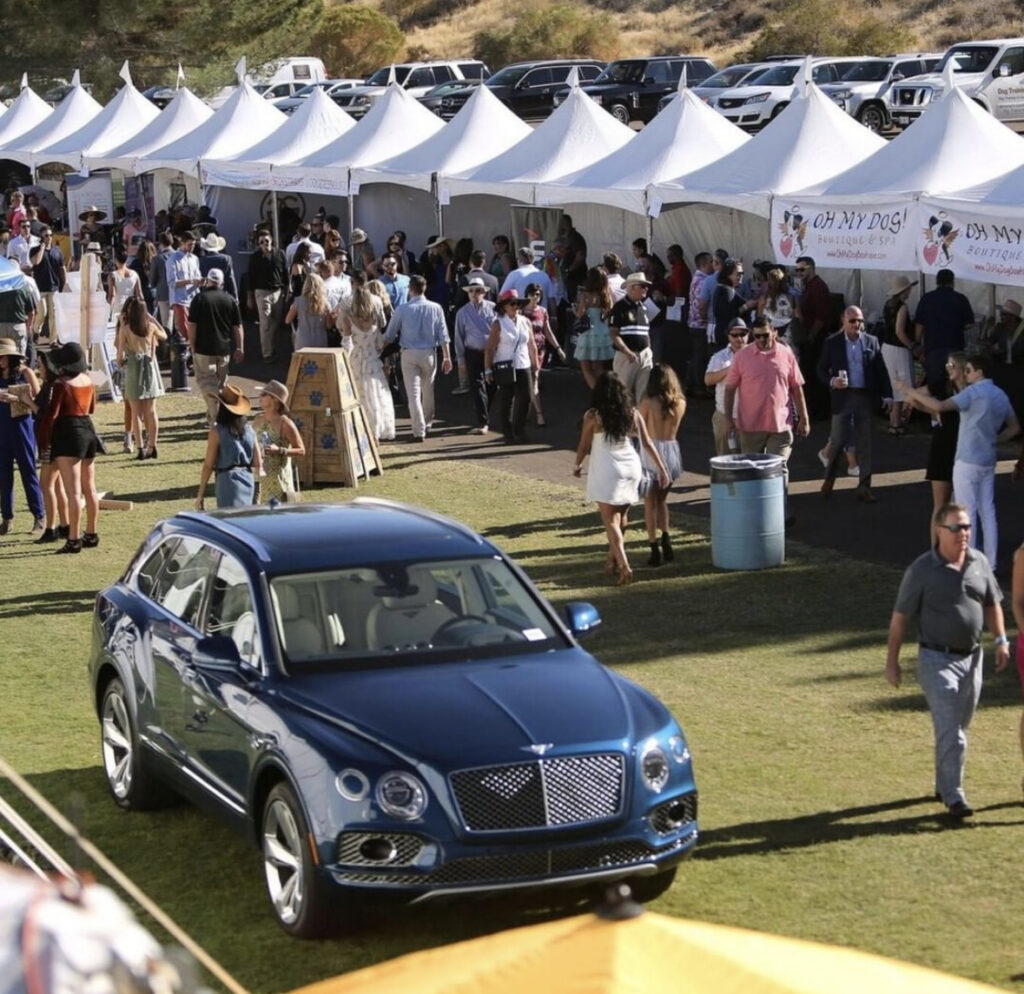 In its 11-year-history The Bentley Scottsdale Polo Championships: Presented by Talking Stick Resort, has seen some of the world’s greatest polo players take to the field at WestWorld of Scottsdale to play in front of huge crowds.  Among those polo greats are Nic Roldan, Nacho Figueras, Sunny Hale, Julio Arellano, Jason Crowder, and Jeff Hall, to name a few.

For the first time in Scottsdale’s Polo Party history, a former National Hockey League star will saddle up and hit the grass to play polo and what is often called “Hockey on Horseback.”  Former Arizona Coyotes Captain and legend #19 Shane Doan, the franchise’s all-time leading scorer, will turn in his skates for riding boots, hockey stick for a mallet, and the puck for a polo ball to try his hand at polo. Doan has represented Team Canada numerous times in international play, and has won five medals (two gold, three silver) at the World Championships. He helped Canada win the World Cup championship in 2004 and was also a member of Canada’s 2006 Winter Olympic team. In 2022, Doan was also General Manager of Team Canada’s Olympic Hockey Team at the Winter Olympics in Beijing.

There will be a new match between Royal County of Berkshire Polo Club and the Wales Polo Team. The match which is now being called The King Charles III Salute Match is a salute to King Charles III, who ascended to the throne on September 8, 2022. He is a member of both clubs and has played with each, including some of the players participating in Scottsdale November 5th. 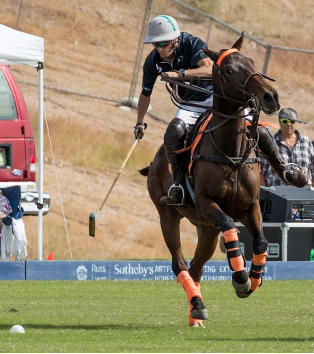 His Royal Highness Prince of Wales was the first member of The Royal County of Berkshire Polo Team. The Wales Polo Team additionally has a close connection with King Charles III, who held a “Non-Playing Captain” status as the Prince of Wales. Both clubs and its players are available to do interviews about King Charles. 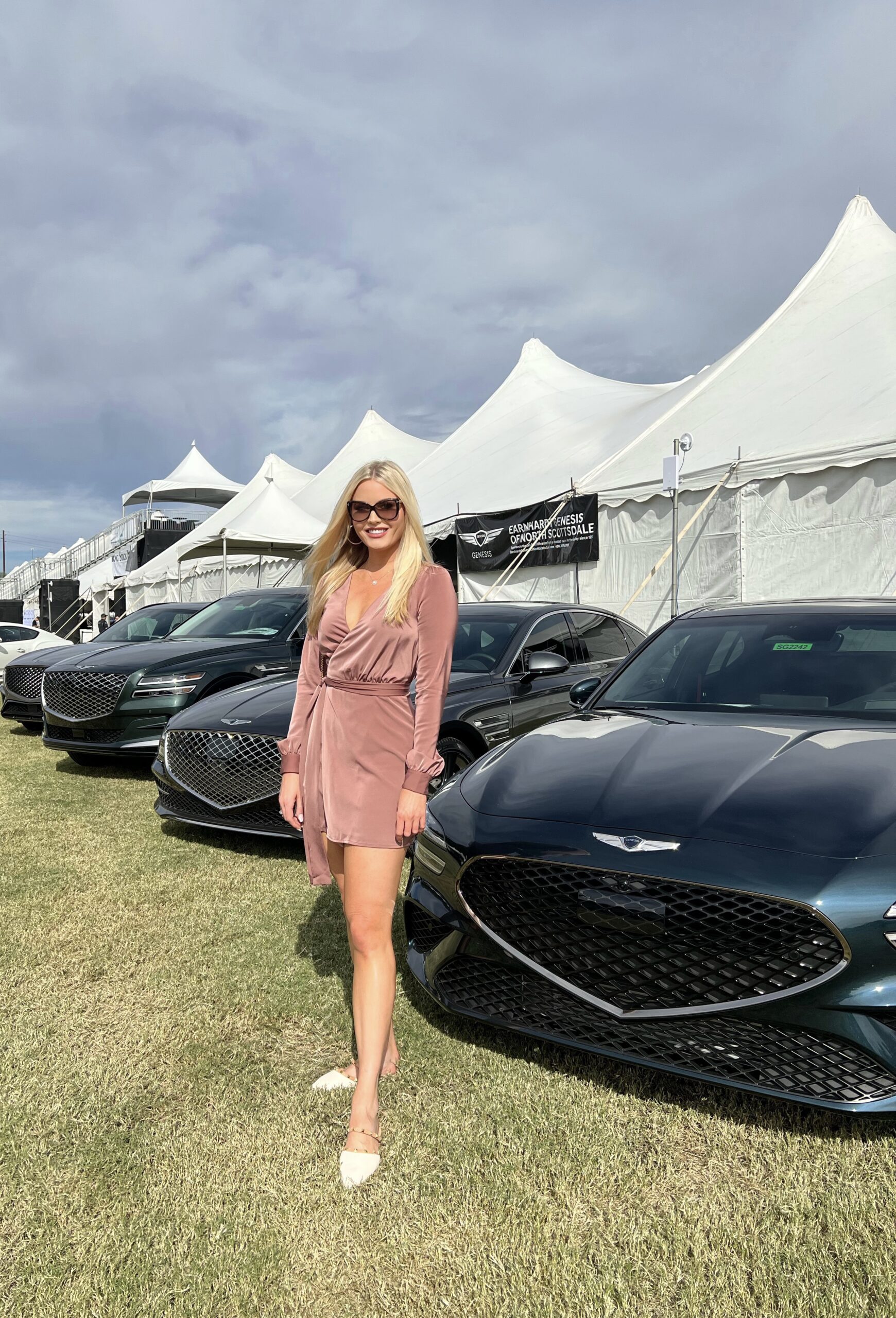 Guests at this years even can enjoy pizza at the Grimaldi’s Pizza Disco, a tented area with a DJ and the only pizza on-site at The Polo Party. Guests can enjoy a slice of pizza or a full pie while dancing their heart away. They will also be able to enjoy Popcorn & Prosecco presented by Harkins Theatres, while watching the polo match come about. Harkins Theatres will be in attendance at this years event, and can be found in its Harkins foodtruck selling everyones favorite combo, popcorn and prosecco.

Scottsdale is bringing a very special display to The Polo Party, the Cirrus SR22 Turbo sponsored by Flightworks, which offers a wide range of services in aviation.  This year, Flightworks including pilot training, aircraft rental, hangar and maintenance services, as well as sales and acquisition services. FlightWorks will activate a special display under a tent featuring The Cirrus SR22 Turbo, which has a wingspan of 38 feet and is 27 feet from tail to nose. 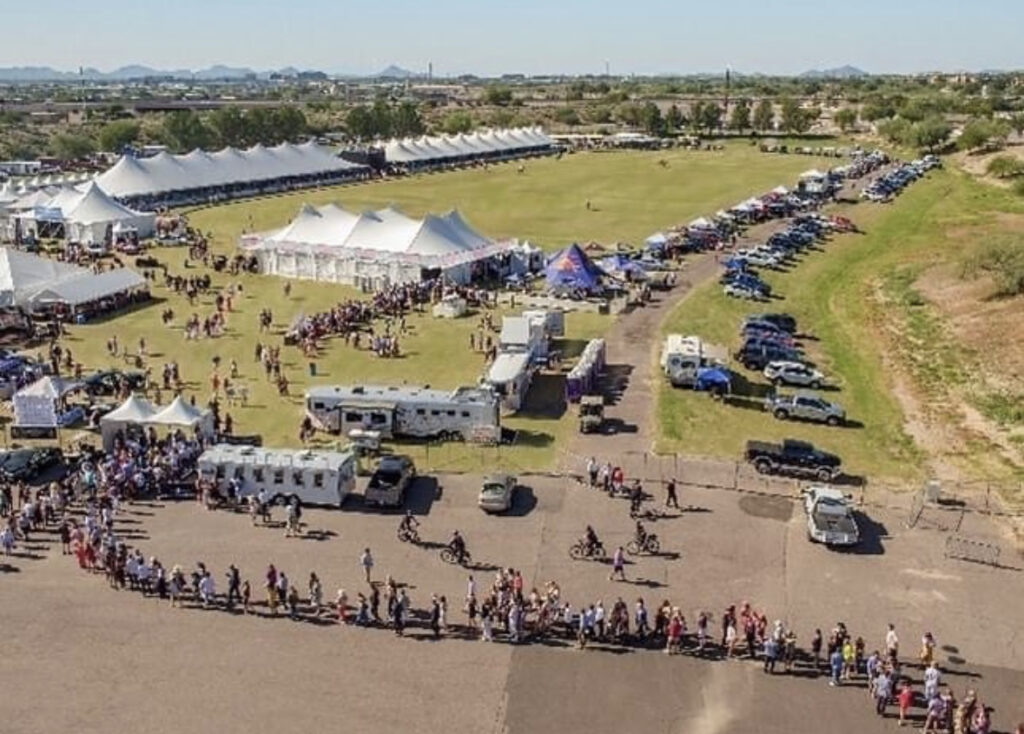 The long-awaited Riot House DayClub is back for the first time since 2019 and has expanded. The Charros Lodge also returns this year with an expanded tent and country music, as well as The Sanderson Lincoln Black Label Lounge with an expanded lounge featuring live music and wine tasting inside. Guests should also remember to check out the elegant Chandon Garden Spritz Garden Party. 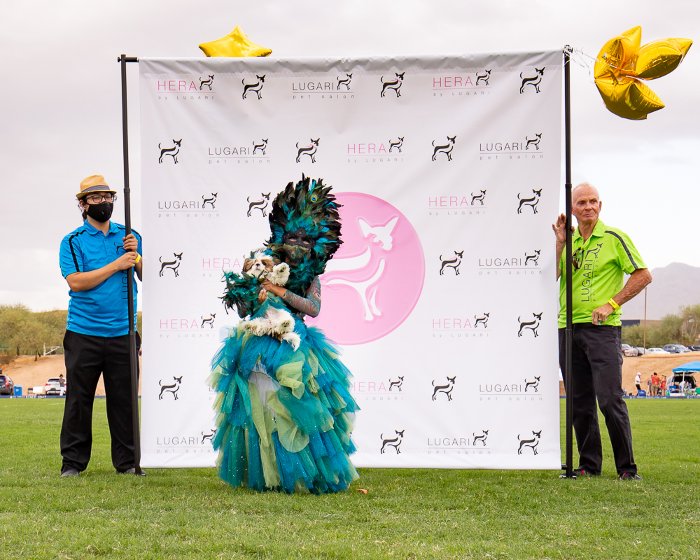 As always – fans can expect to see four thrilling and action-packed polo matches, plus a full day of events within the event, and newly enhanced and elegant VIP experiences.  Guests seeking the ultimate VIP experience can get reserved seating and tables in The Molina Fine Jewelers Drivers and Players VIP Lounge, the Barrett-Jackson Champagne and Jazz Lounge, and Prime: A Luxury Tent Experience by Steak 44, Neiman Marcus, Barrett-Jackson, and Bentley Scottsdale. There is also premier and sideline parking options available for those who want to park fieldside. 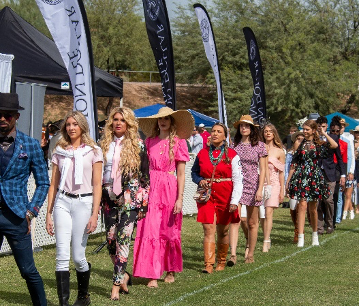 Besides the polo action – fans can also enjoy The Polo Party’s signature events within the event like the Canine Couture Dog Fashion Show presented by Lugari Pet Salon, The World’s Longest Catwalk Fashion Show produced by Phoenix Fashion Week, a preview of Barrett-Jackson’s 2023 Scottsdale Auction and halftime performances by the Scottsdale Arabian Horse Show, plus much more!

General Admission tickets are $45 and includes field-side experiences like the Sanderson Lincoln Black Label Lounge and several other DJ-infused party tents including the Grimaldi’s Pizza Disco, Prosecco & Popcorn, and the Riot House DayClub – the “bird’s nest” of American polo.

Tickets and tables including the best locations are now on sale at ThePoloParty.com.  In some of the VIP tents – guests will also have the option of purchasing 4 seat tables as well as the standard 8-top versions. 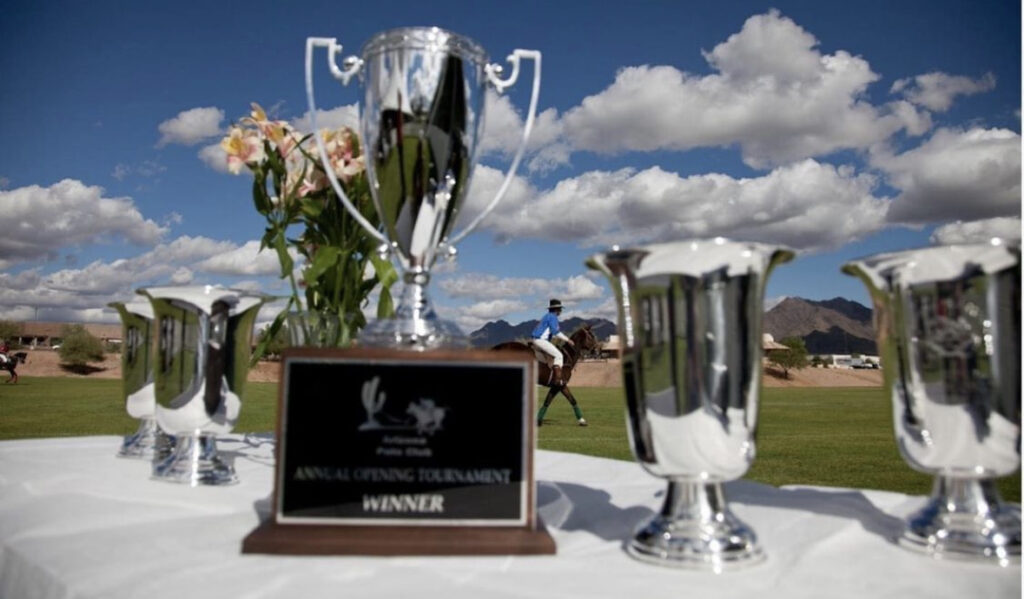 Below is the schedule of events:

1:45 PM: Canine Couture: A Dog Fashion Show Like No Other, Presented by Lugari Pet Salon 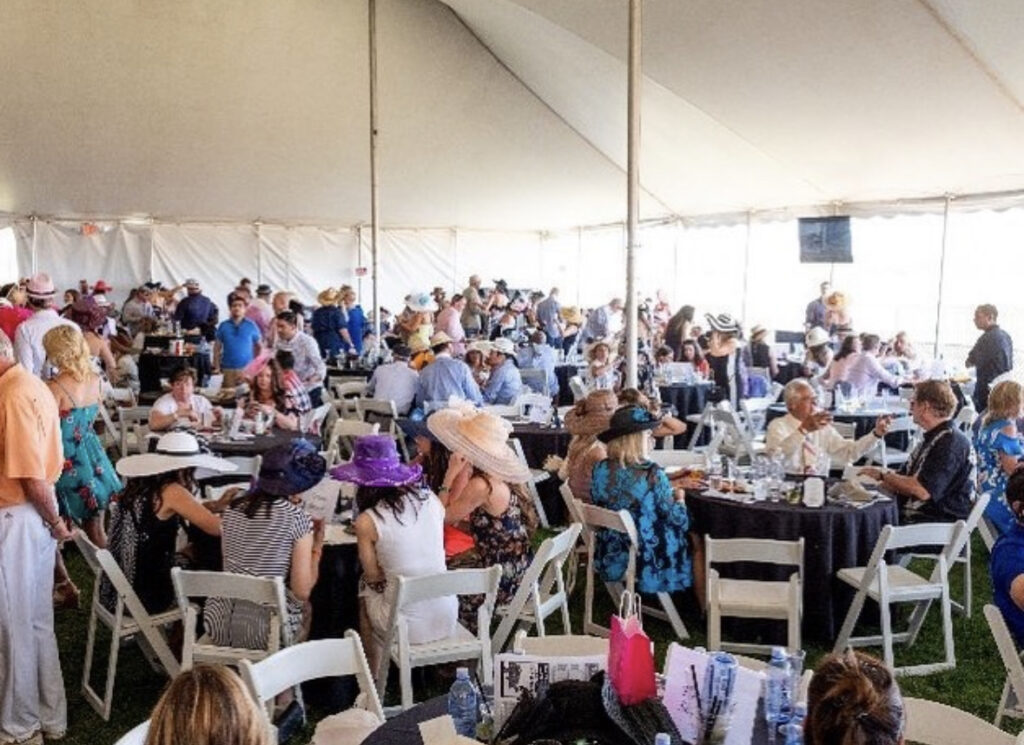 Among other festivities for the day – enjoy an expanded Scottsdale Charro Lounge, Arizona’s top Saxophonist, the return of The Riot House DayClub and much more!

General Admission tickets are $45 now or $50 at the gate.  It includes field-side experiences like the Sanderson Lincoln Black Label Lounge and several other DJ-infused party tents including the Grimaldi’s Pizza Disco, Prosecco & Popcorn, and the Riot House DayClub – the “bird’s nest” of American polo.

Tickets and tables including the best locations are still on sale at ThePoloParty.com.

Can’t wait to see you all there! 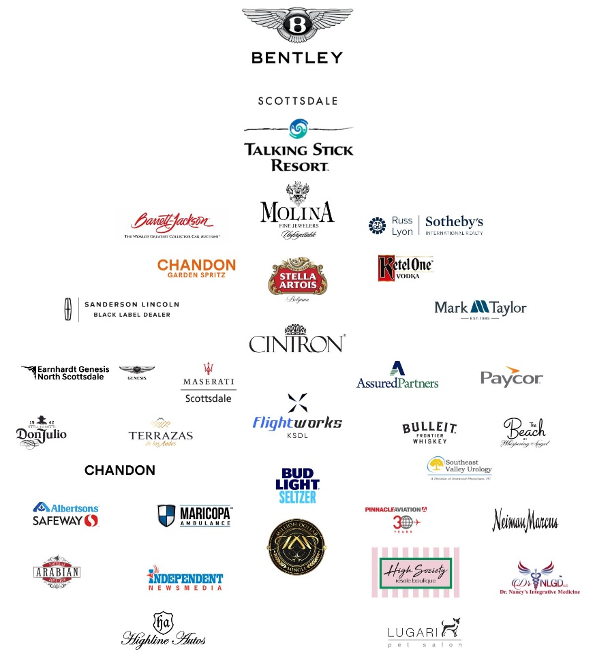 See all posts by McKenna →